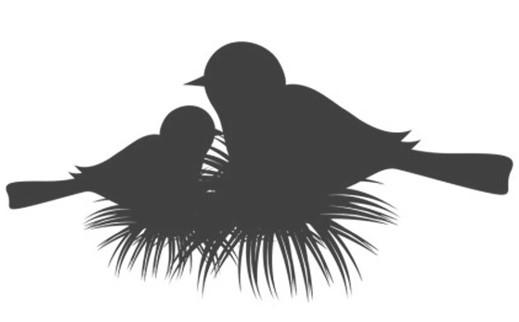 Leonard Mlodinow, a theoretical physicist, tells about going out to breakfast with his 9-year old daughter, Olivia. While they waited for a table, he decided to try to describe to Olivia the book he and the Stephen Hawking, another theoretical physicist, had just finished writing. The Grand Design presents theories on the origins of the universe for those without technical training in the subject.

Mlodinow figured his daughter was a good test case for how well the two authors had succeeded in explaining complex things in friendly ways. So there in the lobby of the IHOP he started in: “Olivia, science tackles the big questions, and in our book we want to explain the answers to people who aren’t scientists. What is the nature of reality? Where did the universe come from? Where did we come from?”

Little Olivia listened intently as her dad held forth on these heady subjects. When he had finished his explanation, he was curious to see how much his daughter had absorbed. He asked her, “Okay, why are we here?” She said, “Because we’re hungry.”

In Mark’s gospel Jesus’ healing ministry unfolds in Galilee among the Jewish community of which he is a part—but also often beyond the Jewish community, among Gentiles, non-Jews, foreigners. The Syrophoenician woman he encounters in today’s reading, part of an ethnic group despised by Jews, has found her way to Jesus—or has he found his way to her? She begs Jesus to heal her little daughter who at home suffering illness.

In response, Jesus appears to strike a demeaning, nationalistic tone, implying with his words that his gifts of love and healing are for his own people, not for foreigners, who are considered despicable: It is not fair to take the children’s bread and give it to the dogs. These are without question the harshest words ascribed to Jesus in any of the four gospels. They make the cursing of the fig tree sound like a wedding toast.

The Jesus we know is not this way; the Jesus we know actually seeks out those who are beyond established geographic, political, and ethnic—even moral—boundaries to offer them compassion and welcome into the realm of God. With his outlandish statement Jesus appears to be employing a classic technique in the rabbinic tradition of his time. (I say more about this theory in a sermon from last August; you can request a copy from the church office.) The rabbi would state a theologically unsupportable thesis to test the students, who would seek to dismantle it, sharpening their reasoning skills and their theology in the process.

It is not fair to take the children’s bread and give it to the dogs, he says to the woman in their outdoor classroom.And with a remarkable combination of pithiness and pluck, she challenges the rabbi’s assertion. Sir, even the dogs under the table eat the children’s crumbs.

The rabbi has been bested; the woman has prevailed. Even the rabbi would agree that it is a magnificent defeat. He nods, grants her petition, and her little daughter back home is miraculously healed.

The woman is like nine-year old Olivia bringing her dad back from esoteric philosophies to earthy truths. Why are we here? Not for pondering and positing theories about where we’ve come from or where we’re going. Thousands have lived without theories; not one without water.

Why are we here? Not for drawing lines of doctrine or deserving, rallying our tribe with messages of we’re in, they’re out. Why are we here, you and I? Because we’re hungry; and because many others are, too—some in the fold, some not; some like us, some not. Some God out there doesn’t care which, but offers grace to all, and would have us do so as well on God’s behalf. The holy meal is the entrée to a holy mission.

Gathered with his disciples in the Upper Room Jesus said, “Take, eat. Do this in remembrance of me.” We normally take his instructions to mean “Do this: share this sacred meal of forgiveness and new life as a community gathered in my name.” Could he have also meant, “Do this in remembrance of me: Go to all who hunger for the grace of God, or simply for a meal, and with bread in hand, say to them what I have said to you: ‘Take, eat . . .’”?

The Haitians have a saying: Bondye konn bay, men li pa konn separe. God gives, but doesn’t share. What is given at this holy meal is intended to be shared with all who hunger. Jesus would have us find our way from this table of grace to every place where a stranger, a refugee, a modern-day Gentile pleads for her little daughter, or his young son, or their own survival,

and, with bread in hand, to say, “We’re here—all of us—because we’re hungry. By the grace of God, you and I are worthy, not merely of the crumbs under the table, but of a place at the table. And so take, eat; the feast that God has given is ours to share.”