Show Us the Way . . . A Resurrecting Hope 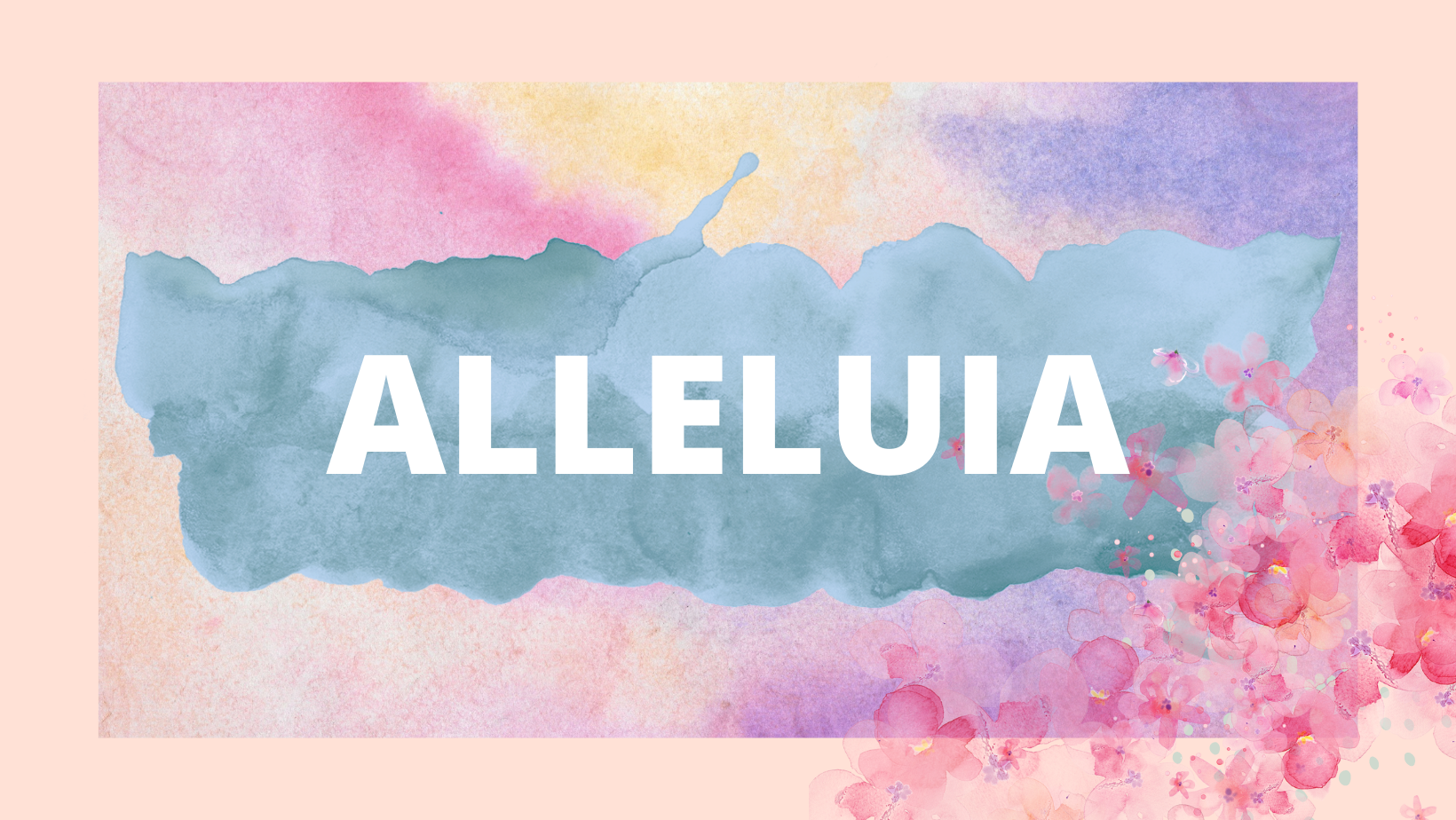 The three women in Mark’s resurrection account—Mary Magdalene, Mary the mother of James, and Salome—are stunned, awed, frightened into silence by their experience of the empty tomb. The mysterious angelic figure they encounter there makes up for their silence. Nearly a third of Mark’s account is given over to this young man’s voice interpreting to the women what has happened and what it means. He basically says two things in his long paragraph:

Love has found a way beyond the despair and disillusionment of the cross to the joy and promise of Easter. Christ is risen, and hope is reborn. Hope for tomorrow. Hope for today. Hope for our own journeys through life. Hope for the world’s journey through its rough and ragged meadow through history; the journey that we finally believe leads to reconciliation and shalom for all creation. That beyond the hurt and heaviness we see so much in evidence around us, feel within us, God’s love is stronger, more enduring, ever about its mending and redeeming work until their fulfillment. Whittier’s words say it well, more powerful for having been spoken in the midst of a fierce winter storm—something we know a little bit about this year: Life is ever Lord of death; and love can never lose its own. Through grace, hope, though decimated, is only further refined, reforged, reborn.

The young man announces that Christ is risen. Then he tells the women to go tell the other disciples. The word used here for “go” is fascinating; it’s hypegete, which means, more literally, to bring from under. As if to say, go bring the disciples out from whatever stone they’ve been hiding under since Jesus’ trial and crucifixion when they were last seen; out from under the weight of guilt, fear, shame for having abandoned Jesus in his time of need; bring them out from under the heap of stones dumped on them by the heavy machinery of domination, the institutional cruelty born of hurt, fear, and ignorance.

Maybe the young man at the tomb, in saying “bring them from under” was speaking not only to those disciples, but also to these women disciples, who in this particular moment were more or less paralyzed themselves under the weight of their fear. Bring your voices—I know they’re tentative, but I also know they’re brave—from beneath the weight of mutinous; set them free in setting others free. Lose your shyness; find your tongue—tell the world what God has done!

Bring these from under, too. From under pressure. Under stress. Under the year-long paralysis of a pandemic. Under the loneliness of that year in isolation. Under the collective anguish of social reckoning, pulling back the curtain on who we are and who we are not. Under the disorientation of being far from home, either figuratively or as we see so plainly and painfully this week, literally far from home, far from family, far from safety.

Who waits to hear your tentative voice, which is also braver than you imagine, offering hope forged from despair into greater hope? Hope is more than words and wishes, we can tell from this story today; hope is a pry bar for loosening and lifting the stones that rest on weary, hurting, hopeless hearts. Easter’s hope is a resurrecting hope.

“Christ is risen,” we will sing together shortly. Raise your spirits from the caverns of despair.

In time, and beyond the page of Mark’s gospel, the women found their voices; brought their words of witness from under the weight of fear and confusion, becoming the first apostles of the risen Christ. They reached the other disciples, and with their message of hope brought them from under whatever rock was hiding them from their own frightened selves and the world’s frightening ways.

“Let Christ Easter in us,” the poet wrote. And I would add, Let Christ Easter through us, bringing hope where there has been none, offering others not merely words and wishes, but a pry bar, lifting away the stones of shame and guilt, hurt and hate, loneliness and fear; the heavy machinery of domination. For the women it really went the other way—maybe for us, too: Christ Easters through us; and then, by means of our compassionate witness, in us, too.

Frances Dale suffered a stroke right about the time I arrived at my new appointment in a church I served years ago, which means when I met this new parishioner, who was in her 80s, she was paralyzed on one side, and without speech. Across that chasm of paralysis and silence our relationship began. I did all the talking while she, with that good hand, held my hand and listened. Every now and then she would try to speak, opening her mouth, forming a word. Nothing came. I left wondering if she would ever speak and if so, what she would say. What was that word she was trying to form? What do you think it was? What would be yours if you had just one?

One day during our visit, Frances opened her mouth as she had done so many times before; formed that elusive word on her lips. But this time, the word sounded! “Hope” is what she said. I was stunned. It was as though, to borrow that verb from Mark, she had brought from under the stone of her paralysis that single, powerful word: Hope. As though she had pried that stone loose, moved it out of the way, and proceeded to paraphrase her soul in speech. She positively beamed. I beamed with her. It felt like a minor miracle. Or a major one.

“Hope.” And then she said it again. “Hope.” And again. And again. I don’t know if she was afraid she’d lose the word if she didn’t keep saying it; or if she thought “hope” might be a foot in the door, while she found her way to other new abilities. Hope has certainly functioned that way more than once. Maybe she said it over and over simply because she felt that word was a word that bears repeating; that can’t ever be spoken too often. Hope. Hope. Maybe she was offering something to me that day as her pastor, something you have done so many times—a word of encouragement, a blessing. Christ Eastering through her to me, to us.

To be invited to hope by someone involved in their own deep struggle to hope is an extraordinary thing indeed; an extraordinary thing that has become ordinary in this year—it’s what all of us have been doing for each other. It’s been, as it was for the women that day, our daily bread. Christ Eastering through us.

The day I visited Frances and she resurrected that remarkable word for herself, or for me, or for all of us, it was late in the summer. But just for a moment there, just a moment, it felt like Easter.